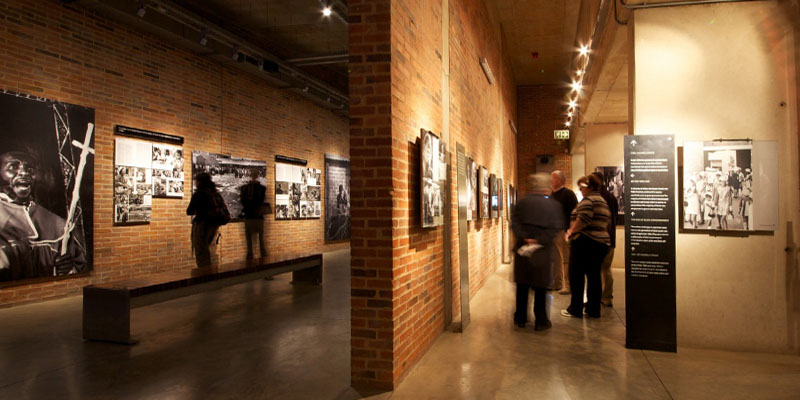 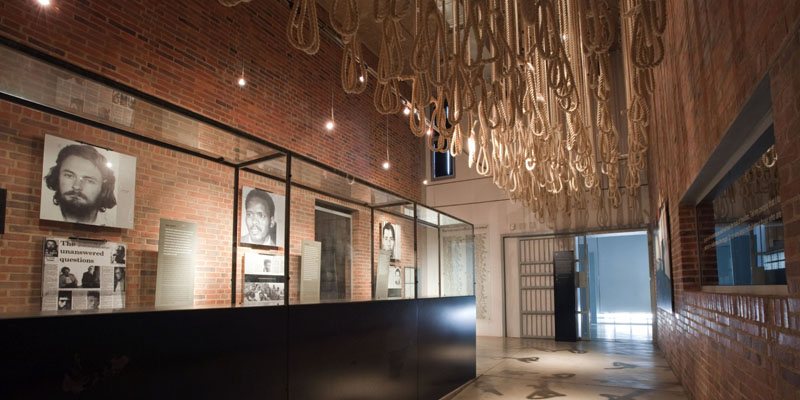 The Apartheid Museum, the first of its kind in the world, illustrates the rise and fall of apartheid. An architectural consortium, comprising several leading architectural firms, conceptualised the design of the building on a seven-hectare stand. The museum is a superb example of design, space and landscape offering the international community a unique South African experience. The exhibits have been assembled and organised by a multi-disciplinary team of curators, film-makers, historians and designers. They include provocative film footage, photographs, text panels and artefacts illustrating the events and human stories that are part of the epic saga known as apartheid. A series of twenty-two individual exhibition areas takes the visitor through a dramatic emotional journey that tells a story of a state-sanctioned system based on racial discrimination and the struggle of the majority to overthrow this tyranny. For anyone wanting to understand and experience what apartheid South Africa was really like, a visit to the Apartheid Museum is fundamental. The museum is a beacon of hope showing the world how South Africa is coming to terms with its oppressive past and working towards a future that all South Africans can call their own.

This morning or afternoon tour is an intensely emotional experience which you will remember long after you depart from South Africa. The country’s infamous system of separate development or apartheid is chronicled in a comprehensive, moving saga which makes a deep impression on all visitors to the museum.

INCLUDE GOLD REEF CITY (additional half day) The visit to a reconstructed replica of Johannesburg’s early days of 1886 when pioneers won and lost fortunes overnight. Descend 200 metres down a real mine shaft and watch gold being poured!