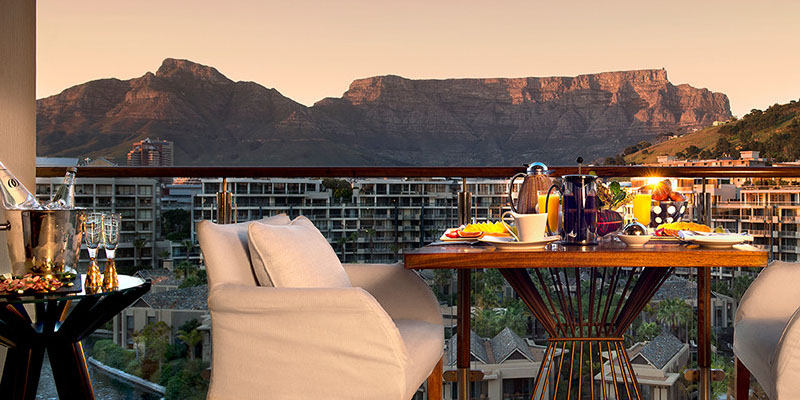 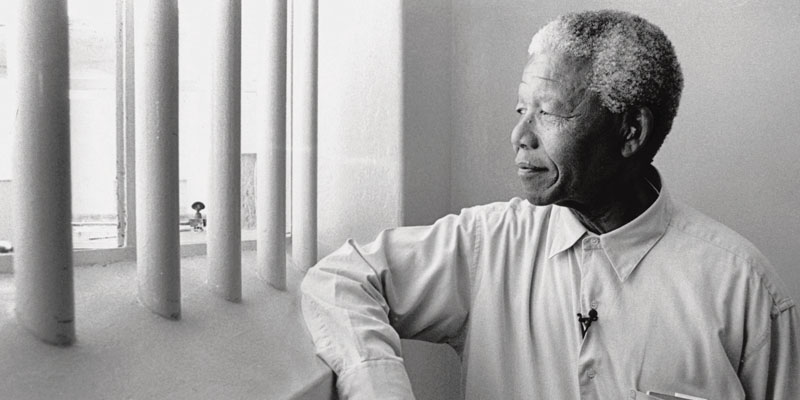 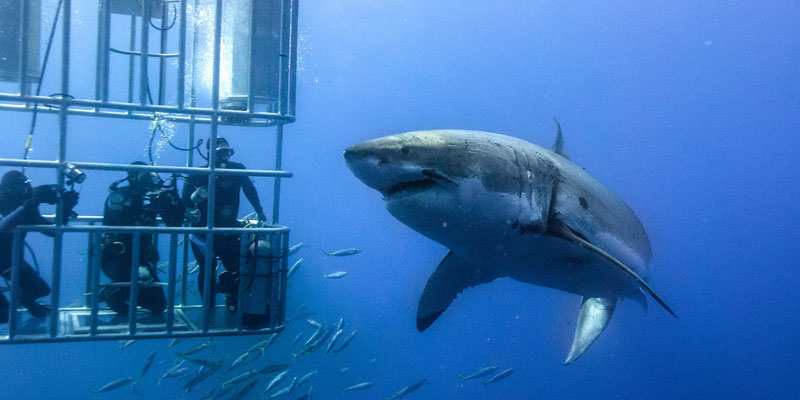 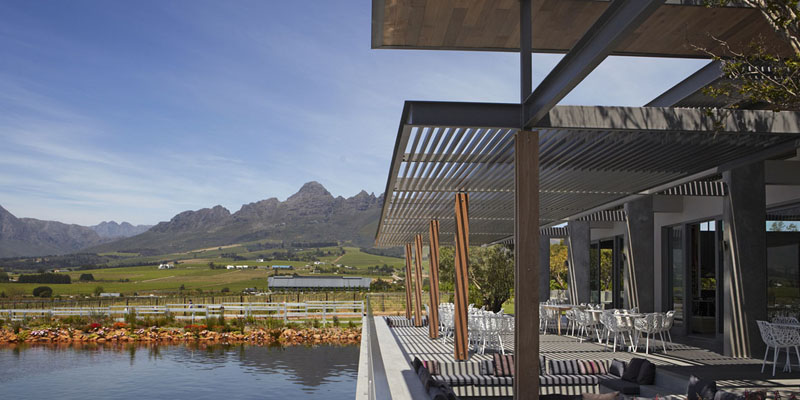 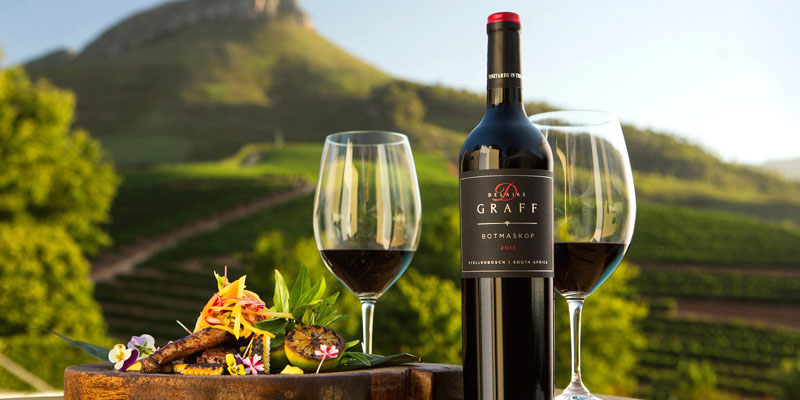 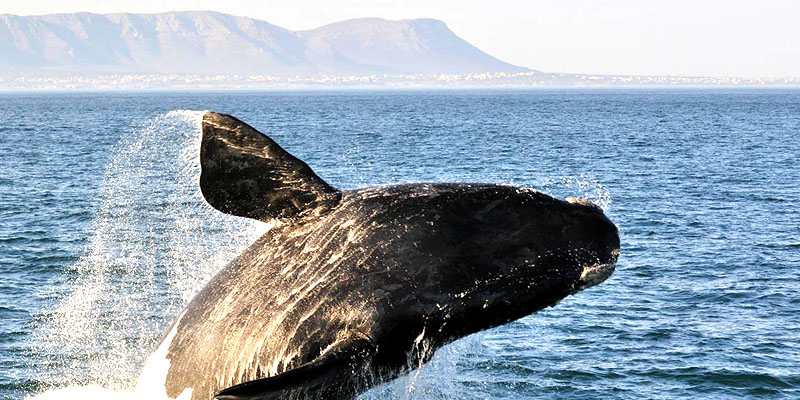 Cape Town is a major port city on South Africa’s southwest coast, on a peninsula beneath the imposing Table Mountain. Slowly rotating cable cars climb to the mountain’s flat top, from which there are sweeping views of the city, the busy harbor and boats heading for Robben Island, the notorious prison that once held Nelson Mandela, which is now a living museum.

Cape Town is not only the most popular international tourist destination in South Africa, but Africa as a whole. This is due to its good climate, natural setting with exquisite beauty, and well-developed infrastructure. The city has several well-known natural features that attract tourists, most notably Table Mountain, which forms a large part of the Table Mountain National Park and is the back end of the City Bowl. Reaching the top of the mountain can be achieved either by hiking up, or by taking the Table Mountain Cableway. Cape Point is recognised as the dramatic headland at the end of the Cape Peninsula, about 60 km from the city centre. Many tourists also drive along Chapman’s Peak Drive, a narrow road that links Noordhoek with Hout Bay, for the views of the Atlantic Ocean and nearby mountains. It is possible to either drive or hike up Signal Hill for closer views of the City Bowl and Table Mountain.

Clifton Beach is one of Cape Town’s most famous beaches and is a significant tourist destination in its own right. Many tourists also visit Cape Town’s numerous other beaches, which are popular with local residents. Due to the city’s unique geography, it is possible to visit several different beaches in the same day, each with a different setting and atmosphere. Though the Cape’s water ranges from cold to mild, the difference between the two sides of the city is dramatic. While the Atlantic Seaboard averages annual water temperatures barely above that of coastal California around 13 °C (55 °F), the False Bay coast is much warmer, averaging between 16 and 17 °C (61 and 63 °F) annually. This is similar to water temperatures in much of the Northern Mediterranean (for example Nice).

In summer, False Bay water averages slightly over 20 °C (68 °F), with 22 °C (72 °F) a common high. Beaches located on the Atlantic Coast tend to have very cold water due to the Benguela current which originates from the Southern Ocean, whilst the water at False Bay beaches may be warmer by up to 10 °C (18 °F) at the same moment due to the influence of the warm Agulhas current, which flows south down the eastern side of South Africa and the surface warming effects of the South Easter wind. It is a common misconception that False Bay is part of the Indian Ocean, with Cape Point being both the meeting point if the Indian and Atlantic Oceans, and the southernmost tip of Africa. The oceans in fact meet at the actual southernmost tip, Cape Agulhas, which lies approximately 150 kilometres (93 miles) to the south east. The misconception is fuelled by the relative warmth of the False Bay water to the Atlantic Seaboard water, and the many confusing instances of “Two Oceans” in names synonymous with Cape Town, such as the Two Oceans Marathon, the Two Oceans Aquarium, and places such as Two Oceans wine farm.

Both coasts are equally popular, although the beaches in affluent Clifton and elsewhere on the Atlantic Coast are better developed with restaurants and cafés, with a strip of restaurants and bars accessible to the beach at Camps Bay. The Atlantic seaboard, known as Cape Town’s Riviera,is regarded as one of the most scenic routes in South Africa. The majestic slopes of the Twelve Apostles to the unspoilt boulders and white sand beaches of Llandudno, which the route ending in Hout Bay – a diverse bustling suburb with a quaint harbour and picturesque seal island. This fishing village is flanked by the luscious Constantia valley and the breathtaking Chapmans Peak drive. Boulders Beach near Simon’s Town is known for its colony of African penguins. Surfing is popular and the city hosts the Red Bull Big Wave Africa surfing competition every year.

The city has several notable cultural attractions. The Victoria & Alfred Waterfront, built on top of part of the docks of the Port of Cape Town, is the city’s most visited tourist attraction. It is also one of the city’s most popular shopping venues, with several hundred shops and the Two Oceans Aquarium. The V&A also hosts the Nelson Mandela Gateway, through which ferries depart for Robben Island. It is possible to take a ferry from the V&A to Hout Bay, Simon’s Town and the Cape fur seal colonies on Seal and Duiker Islands. Several companies offer tours of the Cape Flats, a mostly Coloured township, and Khayelitsha, a mostly black township.

Cape Town is noted for its architectural heritage, with the highest density of Cape Dutch style buildings in the world. Cape Dutch style, which combines the architectural traditions of the Netherlands, Germany, France and Indonesia, is most visible in Constantia, the old government buildings in the Central Business District, and along Long Street. The annual Cape Town Minstrel Carnival, also known by its Afrikaans name of Kaapse Klopse, is a large minstrel festival held annually on 2 January or “Tweede Nuwe Jaar” (Afrikaans: Second New Year). Competing teams of minstrels parade in brightly coloured costumes, performing Cape Jazz, either carrying colourful umbrellas or playing an array of musical instruments. The Artscape Theatre Centre is the main performing arts venue in Cape Town.

The city also encloses the 36 hectare Kirstenbosch National Botanical Garden that contains protected natural forest and fynbos along with a variety of animals and birds. There are over 7,000 species in cultivation at Kirstenbosch, including many rare and threatened species of the Cape Floristic Region. In 2004 this Region, including Kirstenbosch, was declared a UNESCO World Heritage Site.

Cape Town’s transport system links it to the rest of South Africa; it serves as the gateway to other destinations within the province. The Cape Winelands and in particular the towns of Stellenbosch, Paarl and Franschhoek are popular day trips from the city for sightseeing and wine tasting. Whale watching is popular amongst tourists: southern right whales and humpback whales are seen off the coast during the breeding season (August to November) and Bryde’s whales and killer whale can be seen any time of the year. The nearby town of Hermanus is known for its Whale Festival, but whales can also be seen in False Bay. Heaviside’s dolphins are endemic to the area and can be seen from the coast north of Cape Town; dusky dolphins live along the same coast and can occasionally be seen from the ferry to Robben Island.

The only complete windmill in South Africa is Mostert’s Mill, Mowbray. It was built in 1796 and restored in 1935 and again in 1995. The most popular areas for visitors to stay include Camps Bay, Sea Point, the V&A Waterfront, the City Bowl, Hout Bay, Constantia, Rondebosch, Newlands, Somerset West, Hermanus and Stellenbosch. In November 2013, Cape Town was voted the best global city in The Daily Telegraph’s annual Travel Awards.

The tour begins by driving through the centre of Cape Town en route to our first stop in the picturesque village of Hout Bay. Here we stop in the harbour to buy curios and take a one hour boat trip (optional) past the Sentinel to Seal Island.

We continue southwards along the famous Chapman’s Peak drive with towering cliffs on our left and the blue Atlantic Ocean on the right. Noordhoek and Long Beach extend into the distance and we meet the coast again at Kommetjie passing the lighthouse at Slangkop.

We stop to takes photographs at Camel Rock and pass the isolated houses of Scarborough and Misty Cliffs. At Cape Point Nature Reserve we walk down to the rocky shore to observe the converging of two great oceans.

Heading northwards up the peninsula, we lunch (for own account) in the historic town of Simon’s Town, with its naval base and famous penguin colony at Boulders. On a clear day we can see Gordon’s bay and Strand across False Bay.

We return to town via Ou Kaapse Weg or through Muizenberg, and if the tablecloth on Table Mountain is not too thick, join the winding road to the cable car before climbing the 990 Metres to the summit (for own account). Another option for those who enjoy flora & fauna is to visit the famous Kirstenbosch Botanical Gardens, where you can walk the new Boomslang Canopy Bridge.

The tour ends by returning to your departure point.