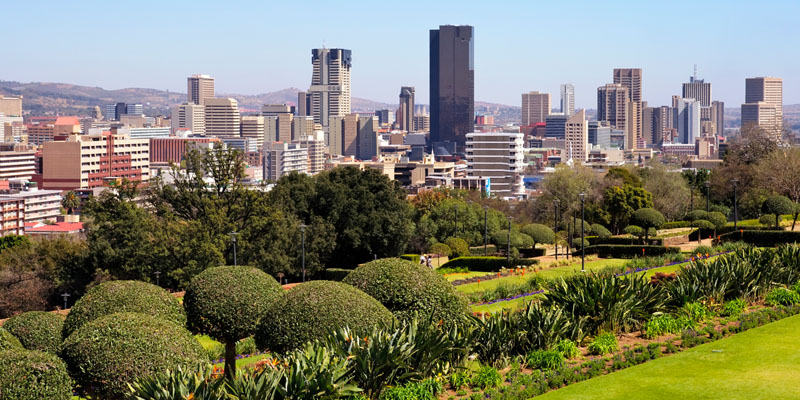 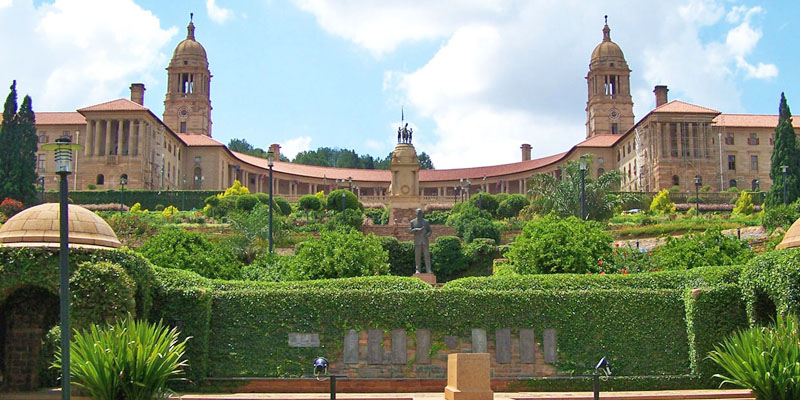 Pretoria is a city in the northern part of Gauteng Province, South Africa. It is one of the country’s three capital cities, serving as the seat of the executive branch of government (Cape Town is the legislative capital and Bloemfontein the judicial capital). Pretoria has a reputation for being an academic city with three universities and the Council for Scientific and Industrial Research (CSIR) located in its eastern suburbs, the city also hosts the South African Bureau of Standards making the city a hub for research. Pretoria is the central part of the City of Tshwane Metropolitan Municipality which was formed by the amalgamation of several former local authorities including Centurion and Soshanguve. There have been proposals to change the name of Pretoria itself to Tshwane, and the proposed name change has caused some controversy. Pretoria is named after the Voortrekker leader Andries Pretorius, and within South Africa is popularly known as the “Jacaranda City” due to the 50,000 of Jacaranda trees planted in its streets, parks and gardens. Purple (the colour of the flowers which bloom for a short period only around October)is a colour often associated with the city and is often included on local council logos and services.

Pretoria has over the years had very diverse cultural influences and this is reflected in the architectural styles that can be found in the city. It ranges from 19th century Dutch, German and British Colonial Architecture to modern, postmodern, neomodern, and art deco architecture styles with a good mix of a uniquely South African style.

Some of the notable structures in Pretoria include the late 19th century Palace of Justice, the early 20th century Union Buildings, the post-war Voortrekker Monument, the diverse buildings dotting the main campuses of both the University of Pretoria and the University of South Africa, traditional Cape Dutch style Mahlamba Ndlopfu (the President’s House), the more modern Reserve Bank of South Africa (Office skyscraper) and the Telkom Lukas Rand Transmission Tower. Other well-known structures and buildings include the Loftus Versfeld Stadium, The South African State Theatre and the Oliver Tambo building which is the Headquarters of the Department of International Relations and Cooperation (which is a good example of neomodern architecture in South Africa).The Lukasrand Tower is located on Muckleneuk Hill in the Lukasrand suburb on the outskirts of the central city and is a prominent landmark on the skyline.

Despite the many corporate offices, small businesses, shops and government departments that are situated in Pretoria’s sprawling suburbs, its Central Business District still retains its status as the traditional centre of government and commerce. Many banks, businesses, large corporations, shops, shopping centres and other businesses are situated in the city centre which is towered by several large skyscrapers.

The area contains a large amount of historical buildings, monuments and museums that include the Pretoria City Hall, Pretorius Square, Church Square (Along with its many historical buildings and statues) and the Ou Raadsaal. There is also the Transvaal Museum (the country’s leading natural history museum, which although it has changed venues a number of times, has been around since 1892), the National Zoological Gardens of South Africa (or more colloquially known as the Pretoria Zoo), Melrose House Museum in Jacob Maré Street, the Pretoria Art Museum and the African Window Cultural History Museum. A popular tourist attraction is Smut’ house in Irene.  General Smuts wrote the preamble to the League of Nations Charter, which became the modern day United Nations.

Pretoria is home to the National Zoological Gardens of South Africa as well as the Pretoria National Botanical Garden. There are also a number of smaller parks and gardens located throughout the city, including the Austin Roberts Bird Sanctuary, Pretorius Square gardens, the Pretoria Rosarium, Church Square, Pretoria Showgrounds, Springbok Park, Freedom Park, and Burgers Park, the oldest park in the city and now a national monument. In the suburbs there are also several parks that are notable: Rietondale Park, “Die Proefplaas” in the Queenswood suburb, Nelson Mandel Park and Mandela Park Peace Garden and Belgrave Square Park.