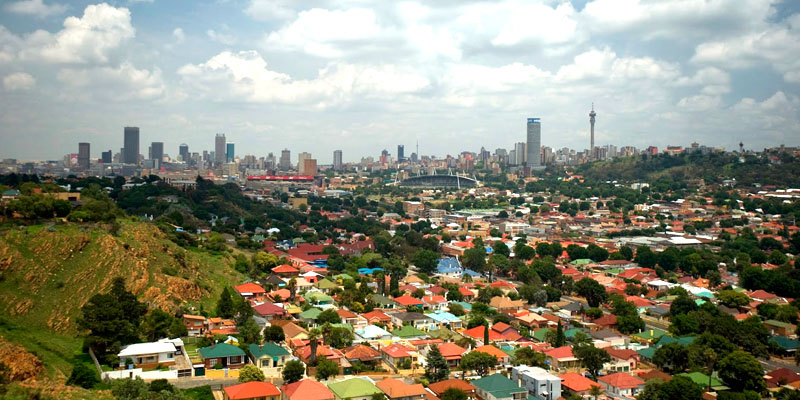 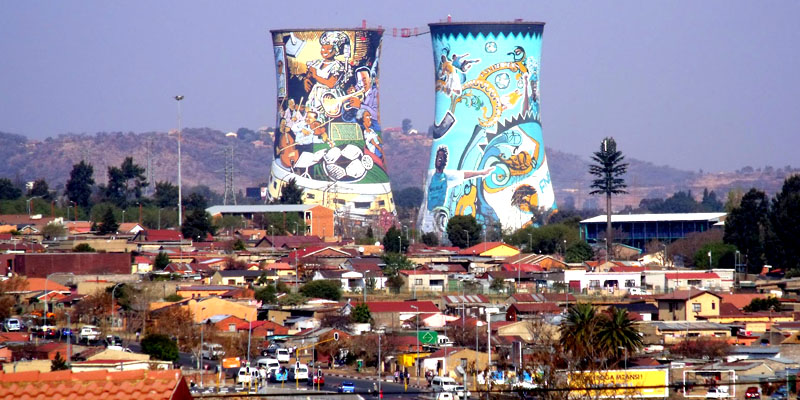 “Soweto is a symbol of the New South Africa, caught between old squatter misery and new prosperity, squalor and an upbeat lifestyle. It’s a vibrant city which still openly bears the scars of the Apartheid past and yet shows what’s possible in the New South Africa”

The establishment of Soweto is, like Johannesburg, linked directly to the discovery of Gold in 1886. Thousands of people from around the world and South Africa flocked to the new town to seek their fortunes or to offer their labour. Within four years Johannesburg was the second largest city in South Africa. More than half the population was black, most living in multi racial shanty towns near the gold mines in the centre of the town. As the gold mining industry developed, so did the need for labour increase. Migrant labour was started and most of these workers lived in mine compounds. However, other workers had to find their own accommodation often in appalling conditions.

The first residents of what is now known as Soweto were located into the area called Klipspruit in 1905 following their relocation from “Coolietown” in the centre of Johannesburg as a result of an outbreak of bubonic plague. The Johannesburg City Council took the opportunity to establish racially segregated residential areas. Some residents were to be relocated to Alexandra township (North of Johannesburg, near the present day Sandton). This group comprised black, Indian and coloured families and they received freehold title to their land (this was subsequently reversed by the Apartheid Government). Only black families were located into Klipspruit and the housing was on a rental basis. Klipspruit was subsequently renamed Pimville.

During the 1930s the demand for housing for the large numbers of black people who had moved into Johannesburg grew to such an extent that new housing was built in an area known as Orlando, named after the first administrator Edwin Orlando Leaky. In the 1940s a controversial character James Mpanza led the first land invasion and some 20000 squatters occupied land near Orlando. James Mpanza is known as the “Father of Soweto”.

In 1959 the residents of Sophiatown were forcibly removed to Soweto and occupied the area known as Meadowlands. Sir Earnest Oppenheimer, the first chairman of the Anglo American Corporation, was appalled by the housing shortage and was instrumental in arranging a loan for the construction of additional housing and this is commemorated by the Oppenheimer Tower in Jabulani, Soweto.

Soweto falls within the municipality of the Johannesburg Metro Council in the province of Gauteng which appropriately means place of Gold.

The original rental houses have now been sold to the tenants who received a subsidy from the government to cover the cost of the houses. Private sector housing was developed from the 1980s funded by the various banks. Freehold title is available to the properties. Services are provided by the Johannesburg Metro council and electricity by Escom.

Origins of the name.

Soweto is an acronym for South Western Townships which was the original description of the area.

This morning or afternoon tour begins by a short drive through Johannesburg into Soweto, the largest township in South Africa. We then pass the Chris Hani Baragwanath hospital, one of the biggest in the world, and the huge taxi rank on the opposite side of old Potchefstroom Road. Onto explore a nearby informal settlement (sqattter camp) where you will have a chance to talk to the locals and buy curios. On the right are the famous Cooling Towers with striking murals and Vista University on the left.

We then stop at Hector Peterson Memorial, the museum commemorating the first fatality by police in the June 1976 Soweto uprising. Nearby is the unique Vilkazi Street in which stand the houses of Nelson Mandela and Archbishop Desmond Tutu, both recipients of the Nobel Peace Prize. A tour of Mandela’s house follows. We then visit the famous Regina Mundi Church, where Sowetans were able to hide in safety from the police during the struggle period. This massive church is one of eighteen Catholic churches in Soweto and contains the famous Black madonna and beautiful stained glass windows donated by the First Lady of Poland.

INCLUDE GOLD REEF CITY (additional half day) The visit to a reconstructed replica of Johannesburg’s early days of 1886 when pioneers won and lost fortunes overnight. Descend 200 metres down a real mine shaft and watch gold being poured!